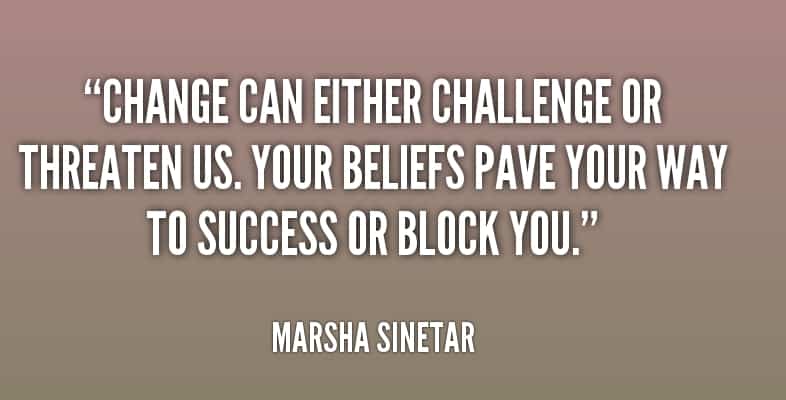 A couple of years ago, one of my sisters was complaining about her job situation.  She had been doing temporary projects for a firm in town.  They would place her on a job for a few months and then when the job completed, she’d need to find another one.  She had an opportunity for a permanent, full-time position with a company but she was conflicted over it.  I had witnessed my sister go through ups and downs doing the temporary work.  She was often without work for weeks in between jobs.  She didn’t receive any benefits either.  She was often stressed out about her work and these lulls between jobs.

After witnessing her go through these ups and downs for years, I thought the permanent job was a great solution for her.  She was nearing 60 at the time and could really use the assistance towards a retirement account.  I asked her what her hesitation was with the permanent position.  She said she didn’t want to give up her freedom.  I was a bit dumbstruck by this notion.  From my perspective she had enjoyed very little freedom for years as she worked in this temporary worker realm.  She actually had the complete opposite of freedom – stressed, no financial abundance, uncertainty, inflexibility, no vacations.  I suggested that the permanent position would actually give her freedom – financial, certainty, vacation and sick days, and a retirement plan.  She took the job and has more freedom in her life than she did as a temporary worker.

My sister’s notion that a full-time job meant no freedom came from my dad.  My dad worked independently as a commercial real estate developer and broker.  Although there were times when he had to be in an office, he had a flexible schedule.  This idea trickled down throughout my family.  I have my own struggles with desiring freedom in my life and how that is tied to my career.  What was interesting for me to understand was how ideas or beliefs are defined and passed down through a family and taken on as our own.  My family’s idea of freedom might be completely different from another families.  How my dad defined freedom, and how my sister was trying to live, weren’t in harmony.  Maybe they might be one day, but at that place in time, they were in conflict and she was holding a belief that didn’t serve her.

We often hold beliefs that aren’t our own.  Ideas and ways of living are passed down and we often accept them at face value because we trust the source.  At some point, we have to determine if those beliefs fit the person we are today.

We’re so close to our own beliefs if often takes a third-party to point out to us that what we’re saying and what we’re feeling aren’t congruent.   I’m working with a woman to help me heal some of these patterns in my life.  The other day she pointed out a belief I was stating.  She repeated it back to me.  As soon as she did, I reeled back and pronounced, “Oh my god, I’ve heard members of my family speak the same way”.  It was shocking and a relief at the time.  I realized I didn’t need to hold the belief.  It had been passed down and it wasn’t serving me.

Do you have beliefs that you are holding which aren’t serving you anymore?  Are you noticing disharmony in your life?  Are you conflicted over a decision?  Notice how you feel as you consider the issue.  Are you peaceful?  Or do you feel nauseous and tense?  When you breathe into your belly, below your belly button, and consider each option, notice how each scenario makes you feel.

If you feel too conflicted, and too in your head to really feel, consider finding a neutral third-party, such as a coach, to help you with your choice.  A third-party will have no emotional attachment to your decision and will help you navigate the familial beliefs to find your own beliefs.