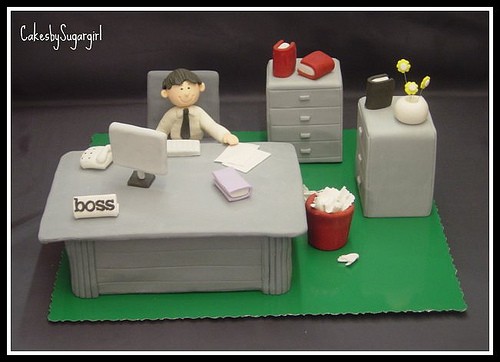 I’m starting my own business…again.  The first time was back in 2007.

In 2006 I left my corporate job.  I was tired and needed a longer break than your standard vacation.  There were only two options to get a leave of absence in this company.  One was to hold a position of a certain hierarchical level, get Executive approval, and turn over your first-born.  The other option was to have my first-born.   I wasn’t in a position to qualify for either option, so I left. I had been there a long time so there wasn’t much love-lost on either side.  I was ready to go.  I was surly.

After an unexpectedly long, satisfying, relaxing, and confusing (I’ll get to that another time) ten months of vacation I started a new career as a marketing consultant.  I reluctantly fell into this career.  It was a natural transition from the corporate marketing work I had been doing and I was ultimately hired back in this new role, into the corporation I had left.  And that is why I went into the career reluctantly.  I wasn’t ready to go back to the giant.  I had wounds I was still licking.  However, there was begging involved and my ego liked that part.

For another five years (FIVE YEARS!), I continued to work in a career, that I reluctantly went into, as a marketing consultant to the company I had previously been an employee.  A consultant role there is basically like an employee but without the benefits and you get to work from home.  Initially, it also paid really well but then people noticed and wages were cut.  It was a very nice consistent paycheck and I was thankful to have it.  However, I kept being reminded that there was a reason I left and I needed to figure out what I really wanted to do next.

I found my reason in the people I passed in the hallways.  These people were Unhappy.  You could see it in their eyes (if they looked up), their posture (head hanging), and their attitude.  I had been one of them at one time and I noticed I was just like them again.  I started out consulting with a great sunny attitude and outlook but eventually, I was pulled into the same dramas and crises.  I felt resentful, depressed, and angry – and I didn’t want to feel that way.  I wanted to go back to the sunny outlook and happy-go-lucky attitude.

So here I am at career number three – Personal Leadership and Growth Coach.  I love helping people.  I love supporting people on their journey.  I love to see them find happiness and a life that they love.

As much as I’m enjoying the work so far, I’m finding it really hard to get things going.   This isn’t an issue around finding clients.  It’s an issue around putting the energy into finding clients and focusing on this new business.  When I work for other people, I have no problem firing all engines and charging forward.  I work really hard and I ensure everyone is extremely satisfied with the work I do.  I want them to feel good about working with me and ultimately say nice things about me.

But as entrepreneurial as I am, I find it really challenging to put energy into my own company.  I don’t wake up early and hit my computer ready to go.  I linger about the house, waste time on a few issues until I finally get going for maybe an hour.  I get stuck on things like “what should I call my company” or “should I get office space”.  Now I know that these are important things but they shouldn’t stop me from getting out there and putting energy into growing a business.  These things stop me in my tracks.  I churn on them.  It’s called “creative avoidance”.

What’s really going on here is that for some reason, in the past, I’ve so easily given to others rather than myself.  This has been the case for all areas of my life.  If someone calls and wants to go grab a drink or dinner, I’ve typically said, “YES, I’m free now”.  What I really mean to say is, “I’d love to.  I need to go to the gym and run home but I could meet you at 8pm.”  I’ve worried that if I wasn’t immediately available than they’d move on to someone else.  Can you imagine that scenario in a relationship?  I can!  I’ve done it a 1000 times.

Somehow though, when I started consulting five years ago, things shifted for me.  I think it was partially due to the fact that I really didn’t want to do the job that I was hired to do.  So, since I didn’t really care about it, I started setting all sorts of boundaries.  I didn’t work Friday, I worked from home, and I didn’t come to the office very often.  I rarely asked for anything as an employee.

It set the foundation for me to ask for what I wanted in each consulting job that followed.  It taught me about boundaries and I found that people responded well to them.  People still hired me.  No one told me I couldn’t ask for any of these things.  No one said “no” to me.

Granted people didn’t always remember my “rules” and especially working in this company there were often unintentional “wants” to have you available 24/7…just in case.  I was occasionally asked to have meetings on Friday’s.  Initially this made me really mad.  My feeling was that they were just not listening and paying attention to what was important to me.  Right – they’re not.  It’s not their job to remember your boundaries.  It’s your job and it’s your job to enforce them.  Whenever I was asked to have a meeting on Friday, my answer wasn’t to scream “NO”.  It was to ask more questions.  “Is this the only day we can meet?  Does this day work for everyone else?”  If the answer was “yes” I’d be willing to make adjustments to my schedule but more often than not, the answer was no.  I was being tested.  Not intentionally by the requester mind you.  It was more of a universal test to see if I could stick to what mattered to me.

So, what matters to me? Here I am on career path number three and still learning how to give to myself, in a career that shows other people they are the source of their own best guidance.  They are the source of all their answers.  I just ask questions to help guide you there.  So, as a coach I have to ask – “what’s holding you back from giving to yourself?”  “What would happen if you gave to yourself?”  “What matters to you?”